A non-profit organisation that aims to help break the cycle of poverty through the improvement of health & education.

Based in Wagga Wagga NSW, Australia

Support the DCC school by becoming a sponsor

Your donation goes to where it’s needed most (on the ground in Cambodia). In 2017 we built a new school for the Development for Community Center (DCC) to help this impoverished community provide more children with an education.

DCC is now a recognised Rotary Australia World Community Service (RAWCS) project, making all donations tax deductible. Click 'Learn More' below to watch our video about the DCC school and how you can become a DCC sponsor.

Talk to us about how your school, business, or organisation can help raise money and make a difference to the lives of Cambodians who need it the most.

"One day, a young mother and her baby arrived at the clinic and patiently waited their turn to see the doctor. The mum was wasting, the baby would not feed, and was dehydrated. The photos show my hands administering paracetamol to the baby. Eventually, bub’s temperature dropped and he began to feed from his mum. This happened after about three or four hours of slowly syringe feeding him. Then mum and bub wandered away. The team doctor told me had these people not come to the clinic that day, the baby would likely have died.

It is really hard to reconcile the fact that something so readily available to us in Australia as paracetamol and fresh, clean water meant the difference between life and death to that family, that day, in Cambodia." 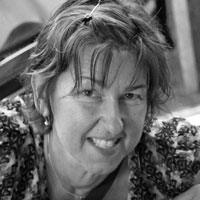 "It was in Siem Reap that we met Buntha - a tuk tuk driver with a young family. His mother had died when he was 7 months old and his father had always been absent. He lived in a single room house, down a muddy, dirt track and was struggling to pay his rent. We decided to send him $40 a month to help pay his rent. He was over the moon!

Over the next few weeks we sold cakes, held raffles, sold possessions, had a trivia night, and eventually had enough money to buy some land and the house that Buntha and his family needed. We purchased a block of land and a house for $7500 and it was complete by the end of August 2013.

He now lives happily with his his wife and two babies in his new house.  His young daughter attends a good school and is receiving a wonderful education." 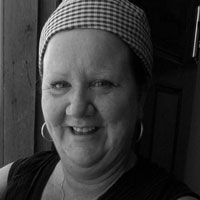 In 2016, we’re helping the Development for Community Center expand their school and provide children in poverty with an education.  We aim to raise the remaining $30,000 required to build the final wing of the school.

Make a Cambodian smile (it's easy!).

Every Australian dollar goes a long way in Cambodia
(you can build a good house for $7500!).